Srikalahasti is a developing city in Andhra Pradesh. It is a very popular tourist destination, people from different parts of the country and even the world head to Srikalahasti each year. The lifestyle services have to be in accordance to the varying needs of the citizens of the city, and that is very well followed in Srikalahasti. 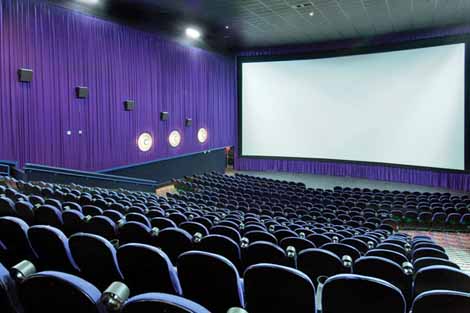 Movies are one of the most popular sources of entertainment in our country. Be it regional films or Bollywood films, people have accepted them with open hearts. Srikalahasti has various cinema halls. Since it is a small city in comparison to a metropolitan the multiplex trend is still not prevalent. Single screen theatres are prevalent where regional films are usually screened and enjoyed by the masses. 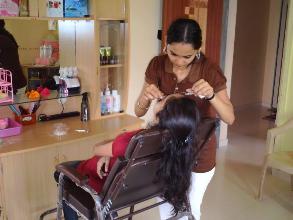 There was a time when beauty parlors and salons were considered to be for the metropolitan crowd. But not anymore. Now people in smaller cities and villages are also availing these services. Waxing, hair coloring, make-up, hair cutting and styling, bridal make-up…you name it and you would get the service. Choose from a wide variety of parlors and pamper yourself.


Boutiques and Tailors in Srikalahasti

Whether it is a dress, kurta or a gent’s suit, the common thread between these is the need of a professional tailor. Srikalahasti has numerous gents and ladies tailors catering to the catering needs of people. You can get customized services at these tailoring shops and get the clothes stitched as per your style and measurement.

Postal services are an important part of the utility services provided by a city to its residents. Indian Post is said to be one of the best postal networks in the world. One can find a post box and a post office at even the farthest corners of the country. There are various post offices in Srikalahasti.

The law and order of Srikalahasti falls under Andhra Police. The police force strives hard to keep notorious elements under check and be there for the support and help of the citizens.

Petrol pumps and filling stations are a part of utility services offered by a city. Today when the number of vehicles are increasing the overall demand for petrol pumps has also increased. Even small villages and townships have filling stations. Apart from petrol and diesel the other services available at most petrol pumps include – air, mechanics, auto care etc. Some of the petrol pumps have also started 24 hour operations for the ease and convenience of customers.

Given below is the list of petrol pumps in Srikalahasti.